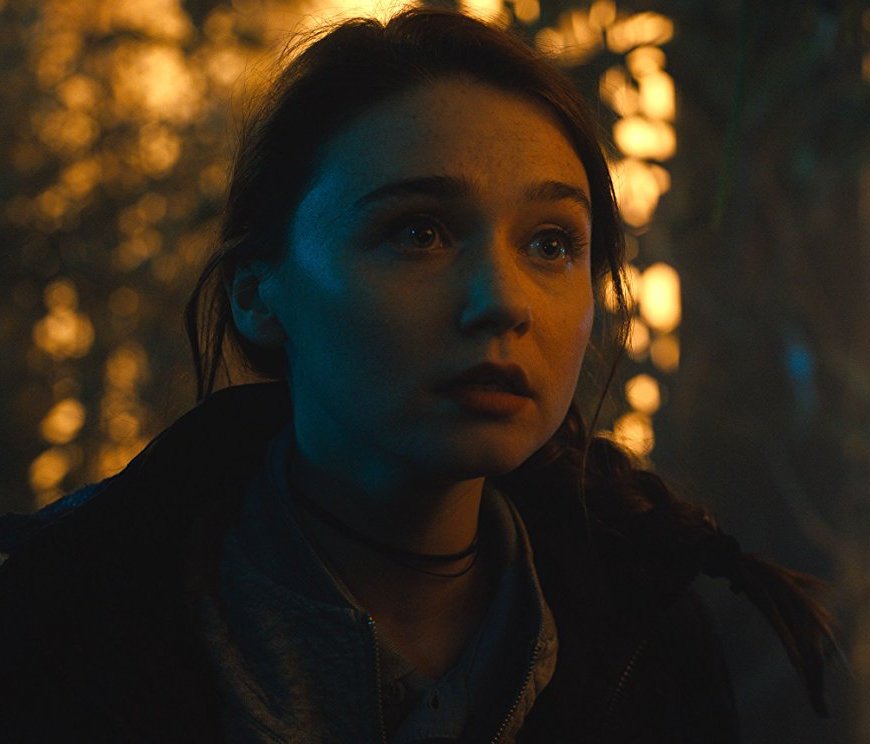 Each year at Tribeca Film Festival, the short films are always the biggest highlight for me, but this year in particular boasted an even stronger crop of films than usual. There were so many incredibly creative storylines featuring talented newcomers from all over the world. From Earthy Encounters to Exit Strategy, here’s 7 short films that will leave you shouting at your screen for a … END_OF_DOCUMENT_TOKEN_TO_BE_REPLACED

The Dark, the first feature film from director-writer Justin P. Lange, made its Tribeca Film Festival debut this April. In the film, Nadia Alexander, best known for her roles in The Sinner and Seven Seconds, plays Mina, an undead girl haunting and killing in the woods of her childhood home. While in the woods, she comes across Alex, played by Toby Nichols, a blind guy … END_OF_DOCUMENT_TOKEN_TO_BE_REPLACED

In The Miseducation of Cameron Post, Chloë Grace Moretz tackles the challenging role of Cameron Post, a girl forced into gay conversion therapy. The film is adapted from the coming-of-age novel of the same name by Emily M. Danforth. Following a break to help her refresh her and figure out the next steps in her career partnered with a passion for LGBTQ+ activism, Moretz was … END_OF_DOCUMENT_TOKEN_TO_BE_REPLACED

Creator, writer, and actress Naomi Ko brought her passion project Nice to life at Tribeca Film Festival this year. The television series is a half hour dramedy about Teddy Park, a young Korean American woman from Minnesota who finds out she has breast cancer…again. Throughout the show, she deals with the consequences of keeping it a secret from her friends and family. For Ko, the … END_OF_DOCUMENT_TOKEN_TO_BE_REPLACED

Kerry Butler is having an incredible year. She starred in two films premiering at Tribeca Film Festival — The Miseducation of Cameron Post and Mapplethorpe — and is currently in Mean Girls on Broadway! “I’ve mostly done theatre and so this year I have two films at Tribeca and I’m starring on Broadway — it’s like what is happening?! As an actor sometimes you’re like, … END_OF_DOCUMENT_TOKEN_TO_BE_REPLACED

Adapted from the novel by Justin Torres, We The Animals is a coming-of-age story about a family full of love and dysfunction. “In the summer of 2016, a group of filmmakers went up to Utica, New York to adapt the story to film. Jeremiah Zagar is our director. He is a documentarian who’s making his first narrative film with We The Animals,” actor Raúl Castillo … END_OF_DOCUMENT_TOKEN_TO_BE_REPLACED

Obey is the directorial feature debut of award-winning director and writer Jamie Jones. Starring newcomer Marcus Rutherford in his first film role, the story follows Leon who is stuck in a difficult situation trying to take care of his alcoholic mother, adjusting to adult life after being in and out of foster care, and dealing with a lack of education and financial stability. As riots … END_OF_DOCUMENT_TOKEN_TO_BE_REPLACED

Director-writer James Gardner made his feature directorial debut with Jellyfish at Tribeca Film Festival. The film follows a troubled teen named Sarah Taylor, played by newcomer Liv Hill, as she finds her voice through stand up comedy. “Jellyfish centers around a girl who is a young carer and she’s got a lot of volatile energies as a result of the built up angst inside her … END_OF_DOCUMENT_TOKEN_TO_BE_REPLACED

Many actors and directors come to New York City to promote and support their incredible films and television shows premiering at Tribeca Film Festival — but that’s not all they have going on! While on the red carpet, I spoke with Jennifer Morrison, Sheila Vand, and more about what other projects they have coming up. JENNIFER MORRISON Jennifer Morrison was at Tribeca Film Festival this … END_OF_DOCUMENT_TOKEN_TO_BE_REPLACED

Now a pop star and anti-bullying activist, Meredith O’Connor isn’t shy about sharing her experiences with bullying. As a student on Long Island, she even dealt with a bully who broke her nose during school and didn’t feel like she had a safe space to get help, according to Thrive Global. But when her original song “Celebrity” took off on YouTube back in 2013, O’Connor … END_OF_DOCUMENT_TOKEN_TO_BE_REPLACED

On March 12, 2017, @whereis3rick said yes to a first date with me. Now exactly four years later, I said yes! 💍
LUCKY 8️⃣ • It’s been 8 years since I started working at @MTV!
Grateful for this guy every single day 🎣❤️ Happy Valentine’s Day!
That’s a wrap on my first (virtual) #Sundance! See all my interviews and reviews from the 2021 festival dropping at YouTube.com/kaymaldo 🎥
Positive vibes only in 2021 ✨🥂
Grateful for so much this year and ready to kick butt in 2021 💥
Merry Christmas, Feliz Navidad 🎄 Hoping you all have a safe and healthy holiday!
All the faces I made watching #BridgertonNetflix 😇 review is live and interviews from the junket dropping throughout the week at YouTube.com/kaymaldo
Grateful for so much, but especially to have this supportive guy by my side ❤️